Bain Capital Ventures’ Scott Friend explains why many of today’s digital-first, direct-to-consumer brands face familiar challenges and may want to rethink their approaches. 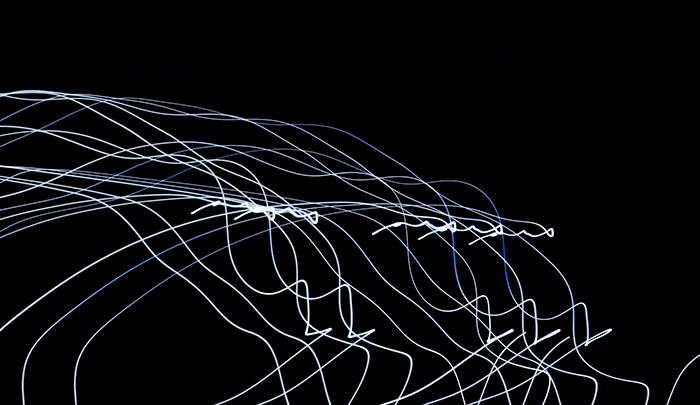 OR SO THE INCREASINGLY CONVENTIONAL WISDOM GOES.

Driven by the successes of millennial-friendly digital-first brands such as Dollar Shave Club, venture capitalists  have ploughed money into this so-called new generation of consumer product companies. Between 2012 and 2016, for example, direct-to-consumer (DTC) brands alone raised $2.5 billion.

The truth is, however, that many of today’s newest DTC brands face challenges not unlike the last generation of consumer-focused product companies. And the success of this new generation is no more predictable than that of brands born 15, 20 or even 30 years ago.

PREDICTING SUCCESS – OR NOT

Over 10 years ago, not long after I joined Bain Capital Ventures, we wanted to understand if there was a pattern that could explain the successes of vertical brands. Could we learn to identify the winners early?

We looked at as many prosperous brands for which public data existed – think lululemon, Burt’s Bees and Fresh Samantha – and found some interesting commonalities.

Generally for about a decade, all of these companies had small followings and almost no serious growth. Their revenues bounced around between $5 to $10 million, but never took off. But then, in each and every success, something miraculous seemed to happen that caused an inflection, spiking revenues to $100 million and beyond in only a few short years. In peeling back the onion on the “miracle,” we found a variety of causes – sometimes it was tied to the launch of a new product, sometimes a new channel partner, sometimes a new marketing campaign.

Our not-so-brilliant insight was that if we simply invested in these companies right before the inflection point, we too could have benefitted. The problem, of course, is that the inflection point was unknown a priori, and in fact, each type of stimulant – a new product, new channel, new campaign – didn’t always lead to the growth. In the rear-view mirror we could see that exponential growth happened, and these were some of the reasons why, but predicting the success of a vertical brand early on just wasn’t possible.

WHAT’S CHANGED AND WHAT HASN’T

In the decade since that Bain Capital Ventures’ study, a lot has changed. Millennials, mobile phones and social media have flexed their muscles. And digital commerce overall has grown exponentially.

One significant factor behind this trend is the increasing ease of launching an online brand. Historically, you needed a distribution partner – a retailer. Now, if you have a new product and access to the internet, you’re pretty much there. Companies like Shopify for e-commerce, ShipBob for fulfillment and Flow.io for cross-border transactions have made selling your goods around the globe to digitally-savvy, mobile-first consumers easier, and more cost-effective, than ever.

Nonetheless, I believe it’s a mistake to assume that this new generation’s brands face substantially different fundamentals than prior generations

Why? Because unlike businesses with unique intellectual property, exclusive access to supply, or a captive market, most brands have little, or no, true defensibility. There are myriad iterations of most consumer products – think snack bars, flavored beverages, toothbrushes, dog food and even mattresses – and few barriers to entry for aspiring entrepreneurs who want to copy an early brand’s success. The cost to launch is low and so is the level of defensibility.

What we often see, as a result, is a super interesting, sexy, cool brand achieving some early scale through clever digital customer acquisition spending (these days commonly via Facebook’s powerful audience targeting ad platform). But then this brand hits a ceiling as competition from substitutes, if not direct competitors, increases, and acquisition cost skyrockets. It’s not due to lack of product-market fit. It’s because it’s very hard, and unusual, for a vertical brand to stake a unique claim to a market and protect it from competitors. It may have zealot-like fans, a massive Instagram audience and tons of hype, but that doesn’t mean it automatically gets to capture more than its fair share of the market.

Mattresses are a great example. The market is large, and until the likes of Casper and other terrific new DTC brands, it was served only by sleepy legacy retail chains. The improved customer experience and consumer valueprop from startups in the space has been compelling. But in an industry where the same handful of manufacturers essentially supply all the vendors and little technical innovation is required to create real differentiation, we’ve unsurprisingly seen Casper’s early success lead to the rise of several copycat competitors. A great team (which Casper has) and terrific unit economics may yet result in not just a winning company but also a winning investment here – I’m certainly rooting for them. But in my opinion, inexorable growth is just not an option with market dynamics of this type.

WHY DEFENSIBILITY MATTERS, AND WHY IT DOESN’T EXIST FOR MOST BRANDS

As a venture capitalist, I want to invest in early-stage companies that have, or can have, an overwhelming edge over their competition. I need a reason to believe that as they grow they’ll command an unfair advantage in the market.

That advantage can come from one of three places:

Unfortunately, though, these examples are the exceptions in the world of next-gen consumer businesses, not the norm

Too many digitally native brands believe their brand itself creates a wide enough moat to protect against competition. At a certain scale, I think that can be true: Canada Goose can be copied, and there are certainly myriad options in the outerwear category.

But at some point consumers decide they don’t just need a warm coat, they need a Canada Goose. However, in the early innings of building a brand, the brand itself doesn’t yet have the broad awareness or appeal to protect against alternatives. That’s where true sources of defensibility of the type I’ve described – unique IP, exclusive access to supply or network effects – can have a big impact.

What does all this mean for entrepreneurs? Am I saying that starting a next-gen consumer business is a bad idea? Not at all. In fact, our experience with amazing entrepreneurs innovating for consumers, like Jenn Hyman at Rent the Runway, Marc Lore at Jet.com and Dan Roth at Semantic Machines, has helped us refine our lens and become even more aggressive in pursuing truly disruptive new consumer ideas.

But not every consumer idea meets these stringent criteria. My point isn’t, however, that those businesses that lack defensibility shouldn’t be built. To the contrary, the world is a better place with the tremendous variety of exciting new products being offered to consumers directly at prices far better than their legacy alternatives. I’m a happy customer of many of them. It’s just that those companies shouldn’t necessarily raise a lot of venture capital to get there.

Recently I met an entrepreneur that raised only $2 million to build what is now a $30-million brand. She owns more than half the company and has offers to sell it to a large conglomerate for $50 million. Not a bad payday for a few years work, and a great return for her early investors.

But what if instead of building in such a capital efficient way she had succumbed to the siren song of VCs a few years ago who were willing to invest $20 million in her then-$5-million run- rate company at a $60-million valuation. She would have diluted her ownership by a third and ceded her ability to sell her company for many years.

And you can bet that when she got to $30 million in sales (which I grant you she may have gotten to faster with more aggressive spending) her investors certainly wouldn’t have been excited about a $50-million acquisition offer – a price below the value at which they first invested.

Now in some cases that same $5-million revenue business has enough defensibility and is going after a big enough market that it would be reasonable to believe it could achieve hundreds of millions in revenue. In that case, the venture investment could make a lot of sense.

Companies like Jet.com and Rent the Runway that have the potential to be large, standalone operations with little direct competition in massive markets can justify large venture investments along the path to success because the potential outcome is so big. But in a world where historic valuations for consumer product businesses at exit are two to three times the revenue range, can an investor enter at 10 times revenue with constrained market potential and expect to make venture-like returns at exit? That math seems hard to me.

So if you’re an entrepreneur with a passion for creating brands, don’t get caught up in the hype cycle. Consider growing your business the old-fashioned way and preserving the right to run it profitably and sell it effectively at any point along the way. “Go big or go home” sounds exciting, but if I were building a new brand, “go slow and make money” sounds better to me.

Scott Friend has been with Bain Capital Ventures since 2006 after selling the company he co-founded, ProfitLogic, to Oracle. Scott’s areas of investment interest are in disruptive new consumer products and services, retail related technologies, and data and analytics focused application software. Scott was named to CB Insights’ Top 100 Venture Capitalists list in 2017 and 2018.

This website uses cookies to improve your experience while you navigate through the website. Out of these cookies, the cookies that are categorized as necessary are stored on your browser as they are essential for the working of basic functionalities of the website. We also use third-party cookies that help us analyze and understand how you use this website. These cookies will be stored in your browser only with your consent. You also have the option to opt-out of these cookies. But opting out of some of these cookies may have an effect on your browsing experience.
Necessary Always Enabled
Necessary cookies are absolutely essential for the website to function properly. This category only includes cookies that ensures basic functionalities and security features of the website. These cookies do not store any personal information.
Non-necessary
Any cookies that may not be particularly necessary for the website to function and is used specifically to collect user personal data via analytics, ads, other embedded contents are termed as non-necessary cookies. It is mandatory to procure user consent prior to running these cookies on your website.
SAVE & ACCEPT